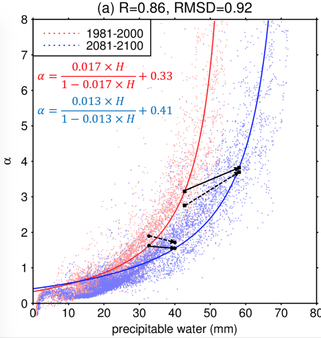 The factors controlling the large regional variations in simulated responses of extreme precipitation to global warming are poorly understood. The vertical motion is poorly understood; we use a novel method to understand it by decomposing it into dry and moist components. The moist component can be predicted by a simple model that explains how dynamics and thermodynamics are coupled. This allows us to explain the regional variations in vertical motion, and thus extreme precipitation, in terms of the dry quasi-geostrophic forcing and moisture, a deeper level of explanation than is available from the thermodynamic-dynamic decomposition on its own. 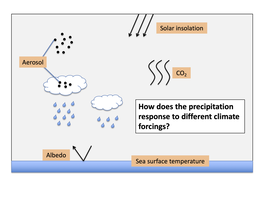 Ma, Yuan, and Nie*, 2020: Responses of Mean and Extreme Precipitation to Different Climate Forcing Under Radiative-Convective Equilibrium, AAS
​
How do mean and extreme precipitation respond to a variety of climate forcing including changes of prescribed sea surface temperature, CO2, solar insolation, surface albedo, stratospheric volcanic aerosols, and several tropospheric aerosols under the idealization of Radiative-Convective Equilibrium using Cloud-resolving simulations? This study provides an answer with insights into the underlining physics. 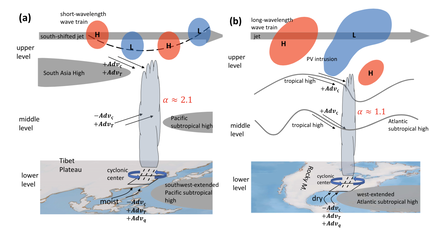 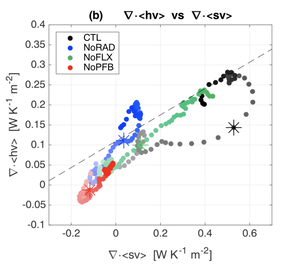 The timing of monsoon onset has critical societal impact; a delayed monsoon onset is usually associated with drought and heat waves, while an early monsoon onset often leads to regional floods. Using a high-resolution global model with explicit representation of convection, the physical processes involved in the abrupt onset of South Asian summer monsoon are investigated within a moist entropy budget framework. When either cloud-radiative or wind-evaporation feedback is disabled in numerical experiments, the monsoon experiences much smoother and weaker onset. 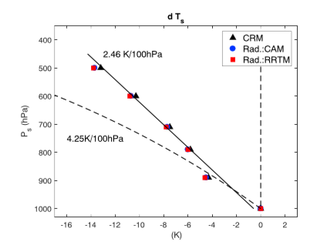 Nie, et al., 2019: Similarity among atmospheric thermal stratification over elevated surface under Radiative-Convective Equilibrium, GRL
​
What constrains the vertical structure of the atmosphere over different surface elevations? Here it is found that the atmospheric vertical stratification exhibits similar structures in a specific vertical coordinate normalized by the mass of the column. Cloud-resolving numerical models are used to understand this similarity, which has significant implications for modeling convection in global climate models.​ 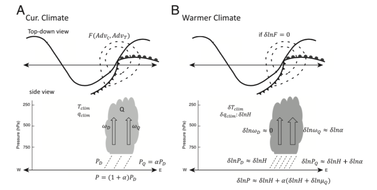 Nie*, et al., 2018: Dynamic Amplification of Extreme Precipitation Sensitivity, PNAS
Atmospheric moisture increases would make extreme rain events heavier at a well-understood rate of 7%/K, but storm dynamics is much less well-understood. This paper uses an idealized modeling framework to understand the coupling of these two component. The increased heating due to increased moisture drives a dynamical increase in large-scale ascent, amplifying the moisture-driven response by as much as a factor of two for warmer climates.

Nie*, et al., 2016: Forcings and Feedback in the 2010 Pakistan Flood: Modeling Extreme Precipitation with Interactive Large-Scale Ascent, JAMES​
Extratropical extreme precipitation events are usually associated with large-scale flow disturbances, strong ascent, and large latent heat release. The causal relationships between these factors are often not obvious, however, the roles of different physical processes in producing the extreme precipitation event can be difficult to disentangle. Here we examine the large-scale forcings and convective heating feedback in the 2010 Pakistan precipitation events within the Column Quasi-Geostrophic framework. 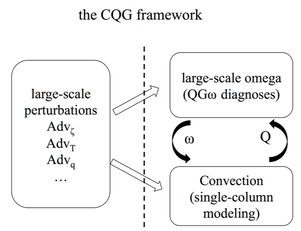 Nie* and Sobel, 2016: Column Quasi-Geostrophic modeling framework, JAS
​
This paper proposes a​ single-column modeling approach to study the interaction between convection and large-scale dynamics, in which the quasi-Geostrophic dynamics is parameterized. This framework allows us to attribute the precipitation of strong rainfall events to different large-scale forcings and the resulting convective feedback. 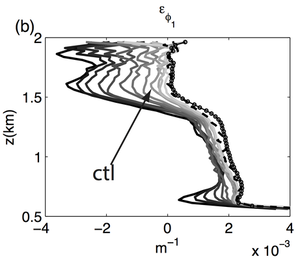 Nie*, et al., 2016: Representing effects of aqueous phase reactions in shallow cumuli in global models, JGR
​
​Aqueous phase reactions are important (e.g., for SO2), pathways for the oxidation of air pollutants at the local and/or global scale. In many current chemical transport models (CTMs), the transport and aqueous reactions of chemical species are treated as split processes, and the subgrid-scale heterogeneity between cloudy and environmental air is not considered. Here using large eddy simulation (LES) with idealized aqueous reactions mimicking the oxidation of surface-originated SO2 by H2O2 in shallow cumuli.

​Nie* and Sobel, 2015: Responses of tropical deep convection to the QBO: cloud-resolving simulations, JAS
​This paper use a cloud-resolving model with a limited domain to study the mechanisms of this modulation. The large-scale circulation is parameterized using the weak temperature gradient (WTG) approximation. Precipitation shows slight increases in response to a QBO easterly phase temperature perturbation over small SST anomalies and strong decreases over large SST anomalies, and vice versa for the QBO westerly phase perturbation. QBO modulates the convective precipitation through two pathways: it changes the high-cloud properties and thus the column radiative cooling, and it alters the shape of the large-scale vertical motion and thus the efficiency of energy transport by the large-scale flow. 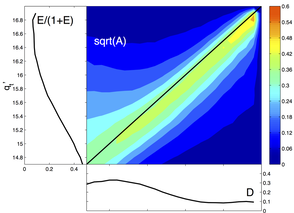 Nie* and Kuang, 2012: Beyond bulk entrainment and detrainment rates, GRL
​​​A new framework for diagnosing mixing in cumulus convection is proposed, where the vertical evolution of the cloud mass flux distribution as a function of given parcel properties is viewed as a mapping process. Matrices that characterize this mapping process are constructed using a Lagrangian particle dispersion model embedded in a Large Eddy Simulation. Extending previous use of LES-diagnosed bulk entrainment and detrainment rates to test bulk plume models. 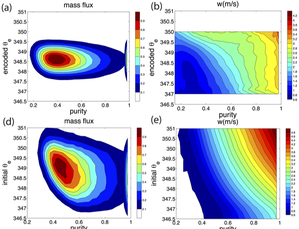 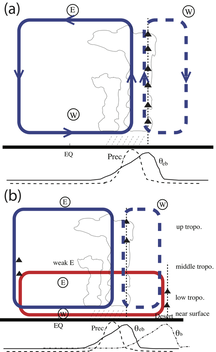 Nie, et al, 2010: Observational Evaluation of a Convective Quasi-Equilibrium View of Monsoons, JC
​
This paper examines whether observations of the earth’s regional monsoons are consistent with the assumption of convective quasi-equilibrium. It is shown here that in local summer climatologies based on reanalysis data, maxima of free-tropospheric temperature are, indeed, nearly collocated with maxima of subcloud equivalent potential temperature, in all monsoon regions except the North and South American monsoons. Vertical structures of temperature and wind reveal two types of monsoon circulations. One is the deep, moist baroclinic circulation clearly seen in the South Asian monsoon. The other is of mixed type, with the deep moist circulation superimposed on a shallow dry circulation closely associated with boundary layer temperature gradients. 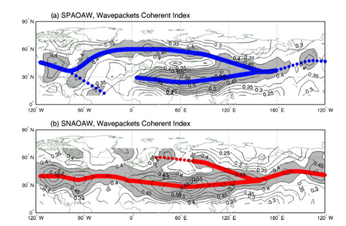